On Thursday, I told myself that I was going to the gym after work.
Then I said to myself: "April Fools!!!"
And went to Chinatown instead and ate some Vietnamese food.

I have absolutely struggled with finding decent Vietnamese food in the city since moving here.  Every time I try a different restaurant, I come back to the same conclusion: There really is not a good Vietnamese place to be found here.
There really isn't.
It's really unbelievable.

One day I was haggling for some cute Asian clothes for my nephew (what else is new, I know), and the vendor turned out to be Vietnamese, and then I used my Vietnamese to haggle, which then all of a sudden he did not need to haggle because as a fellow Viet, I got an automatic $3 price reduction (hello awesome).  I then asked him what he recommended for Vietnamese cuisine, and he said "Nha Trang."  I looked up the restaurant on Thursday and saw that Nha Trang had a new pho combination I had never before imagined in my wildest dreams !

Pho + grilled marinated pork chops.
Like freeze the scene, what?

My pho standby is pho tai bo vien (thin slices of raw beef + meatballs).  If I am not in a pho mood, I will get grilled pork on rice.  Those are the only two things I ever get at a Vietnamese restaurant.  Separately.  But to have them together?  Hello, my world is rocked.

Nha Trang is located on Baxter + Canal on a strip that must be known as Vietnamese restaurant row.  There are at least 5 pho houses right next to each other. 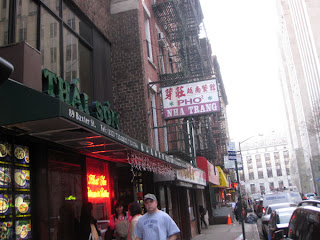 All Vietnamese places in NYC tend to have the same decor.  Dark, a bit dingy but generally clean with  a distinct star anise fused smell. 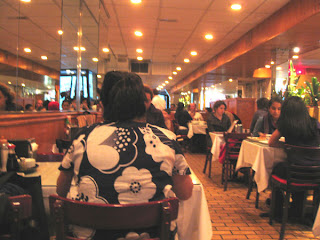 It's hard to tell in the photo above, but the clientele of Nha Trang was not really Vietnamese.  It was every ethnicity but.  Maybe it's stereotypical to judge ethnic restaurants by the customer base that go there, but I really believe it's true. 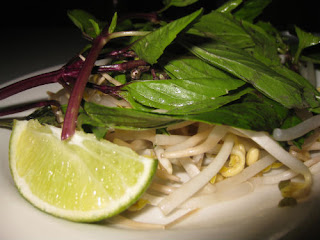 Vietnamese places in NYC do not serve raw jalapeno slices on the dish of
pho add-ins.  At times like this, I really miss Texas. 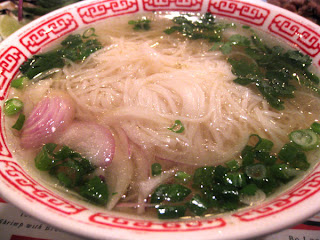 Pho - so naked without the usual blanket of raw beef!
Kudos to Nha Trang for giving me the most pho noodles ever in a small bowl. 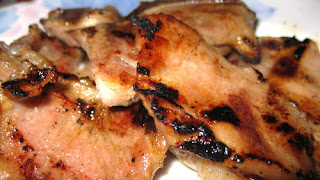 Grilled pork chops.  The grill marks were random, and the meat was oilier than I would have liked.
General marination was okay, as well as portion size (really big pork chop!).

All in all, it was another subpar Vietnamese experience. It's hard to complain about a meal that only costs $5.75 and comes in the form of plentiful noodles and pork, but I have to !  It's really not that great !  The flavoring in the pho is not that rich, and I just felt sick after eating it.  I hate to say it, but I am going to take a Vietnamese hiatus while in NYC for awhile.  It's just not worth it.  (Banh mis excluded though, thank goodness!)

After dinner, I hit up my usual bubble tea spot, Ten Ren's Tea Time, a cafe specializing in Taiwanese tea.  I've had an insatiable appetite for bubble tea lately.  I just want to drink it everyday. 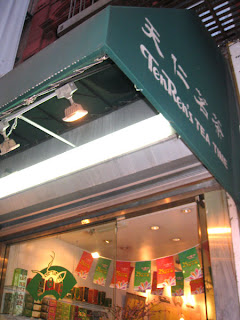 Ten Ren is a great bubble tea spot for those who appreciate good tea; you can always taste a clean, distinct tea flavor in every drink. 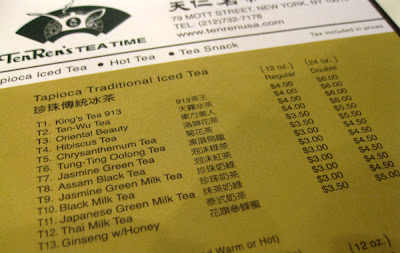 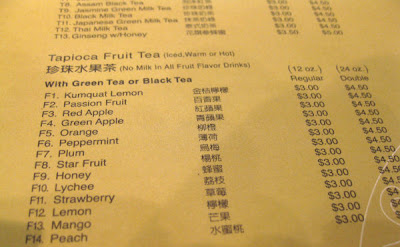 One of the things I like best about Ten Ren is that they make every drink fresh.  Often, bubble tea spots have milk tea premade in a jug; when you order, they scoop a spoonful of boba in a cup and pour the milk tea from the jug.  At Ten Ren, they measure the milk and simple syrup carefully into a shaker with ice, add tea, and shake it up for a nice fresh froth. 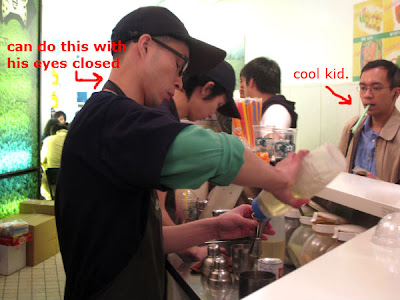 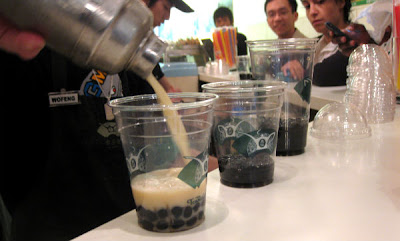 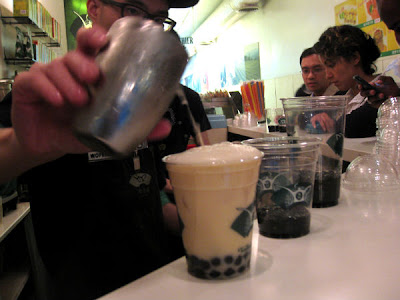 They never spill even though the liquid is clearly bubbling over the top! 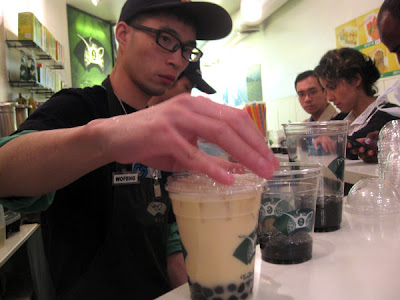 Round lid it up for a finishing touch! 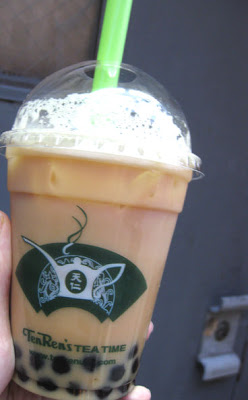 And the finished product in my hand!

I haven't had Ten Ren's in ages, but ohmigod, it tasted great.  The pearls were absolutely perfection.  PERFECTION. The bounciest I have had in ages.

Then with tea in hand, I strolled along Canal and bought fruit.

The best place to buy fruit in NYC, aside from the various farmers markets, is Chinatown (of course!). 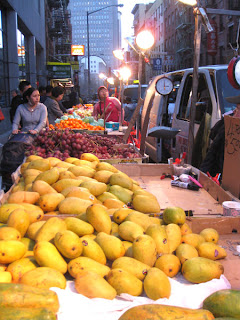 Where else can you buy $1 cartons of lusciously ripe strawberries? 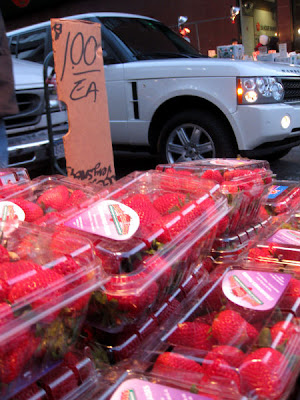 Lately, I have been buying all my clementines here. Big beautiful bags of Cuties. 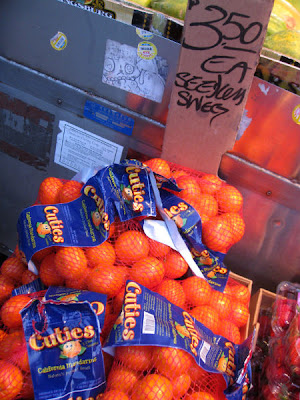 I had previously made the egregious mistake of buying clementines from Food Emporium for $7.99.  The clementines were huge (so uncute) and had seeds.  WTF.  Clementines should not have seeds.  Chinatown Cuties FTW!