Two words that will instantly set my heart aflutter are Dim and Sum!

In Mandarin, it's called diǎnxīn (點心 = "snack") or yǐnchá (飲茶 = "drink tea"). Whatever you call it, it's one of the most satisfying meals of life. The draw of dim sum is easy to see: you leisurely sip on tea while different small plates of deliciousness on metal carts go by, and you always get to view your food before you choose it (though seeing your food doesn't always mean you know what's in it!).

Surprisingly, St. Louis does dim sum pretty well. I've been blessed with a group of law school friends who have a passion for dim sum, so we've tried out all the dim sum that St. Louis has to offer. Wonton King is my favorite, though we hit up LuLu's more often (more on LuLu's later). Wonton King is probably the most popular, because if you go any later than ten minutes after it opens on a weekend, you'll have to wait in line. One of the drawbacks of being popular though, is that the waiters tend to push you out the door once they sense you've neared the end of the meal. Which is sooooooooooooo the opposite of what a dim sum experience is supposed to be about. Luckily, no one pushed us out the door this time.

Alas, onto the food! Everything we ordered was SO GOOD and very fresh.
They told us these were shark fin dumplings: 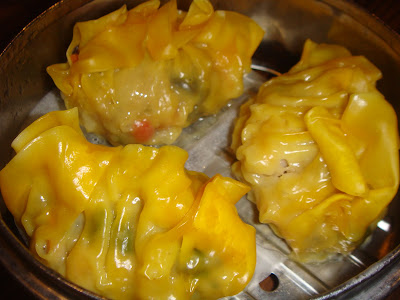 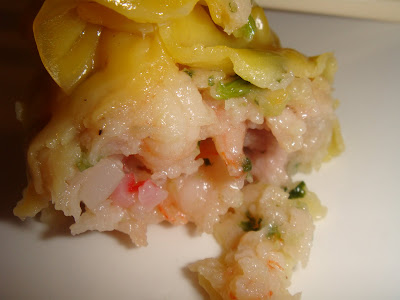 Somehow I doubt that, because a) shark fin is super expensive, and b) I don't see any remnants of shark fin in the cross-section - do you? Either way, it was still Yum.

The following two pictures are for Han, because she would have loved this divine rainbow pork. 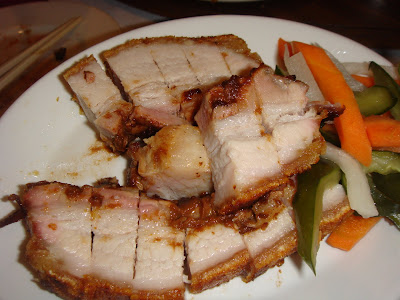 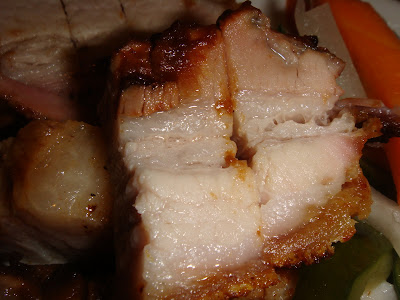 This rainbow pork dish was a huge hit with our table. How could it not be? Just look at the juicy meat! And the copious amount of fat! And the crispy skin! Okay clearly I could go on forever. You'll just have to trust me that there was definitely a party in mouth when I ate this.

We also ordered pan-fried buns with shrimp and leek: 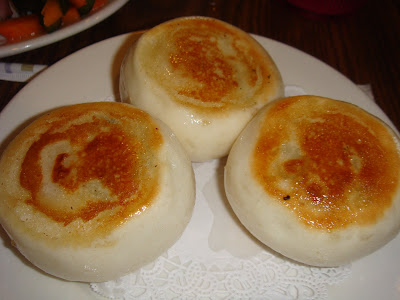 The bread was absolutely perfect - soft, fluffy, with just the right amount of sweetness. And the pan-fried part was delightfully crispy. You could tell they had just pan-fried it in the kitchen. The shrimp and leek mixture inside was also amazing.

And... saving the best for last... bbq pork pastry! Little triangles of heaven, and my absolute favorite. The texture, the flavor - everything was on point. This is another area where Wonton King >> LuLu's, because LuLu's dim sum does not include this mighty dish. Hmph. 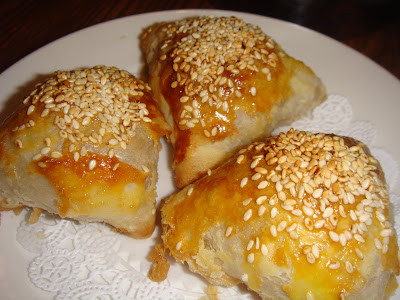 Okay, I lied. I have one more for you: egg custard tart for dessert. SO GOOD. Wonton King's tarts are the ideal size: small, about 2 inches in diameter. Some Chinese bakeries make bigger tarts, and to me, that just upsets the ratio between the sweet gooey custard and the flaky crust. Stick with 2 inches or less, people! 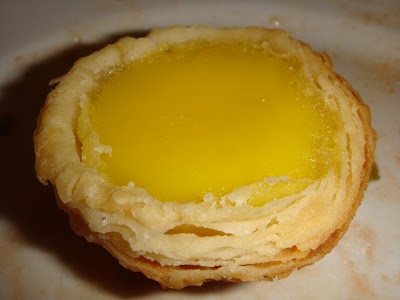 Moral of the story: Wonton King = superb dim sum. The atmosphere might not be as nice or laid back as other establishments, but the quality of the food more than makes up for it. I'm definitely going back there soon. Wanna join?