On Sunday, Greeshma and I continued my pursuit of Brooklyn eats at the Stone Park Cafe. 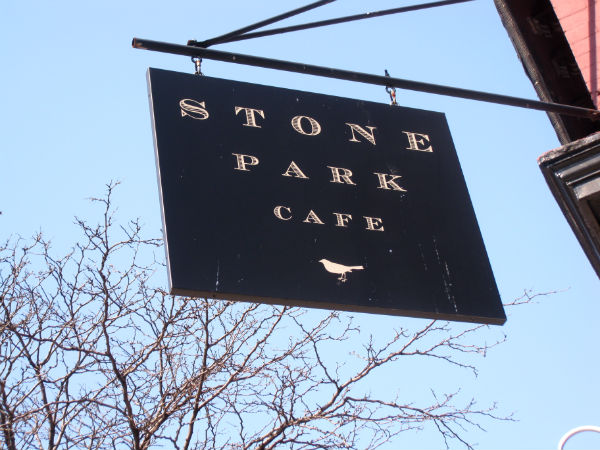 I must've passed by dozens of restaurants on my way down 5th Avenue in Park Slope, but I spotted the restaurant immediately as the only one with people milling around outside waiting for a table.

The day was beautiful, and most people preferred the outdoor patio covered by the large green awning, but Greeshma and I opted for first available and were seated inside within 15 minutes. The space was small, maybe 15-20 tables, but bright, warm and cheery.

I had chosen my entree long before I had arrived at Stone Park - the hangtown fry, eggs, oysters, bacon, Vermont cheddar, toast.  Greeshma confirmed her order after receiving visual stimulation via our table neighbor's plate: eggs benedict, housemade English muffins, spinach or Canadian bacon.  She opted for the spinach.  She has so much self-control.

A quick few minutes passed as Greeshma enjoyed real cream in her coffee, and I plopped natural sugar cubes in my English Breakfast, and then the beautiful entrees arrived ! 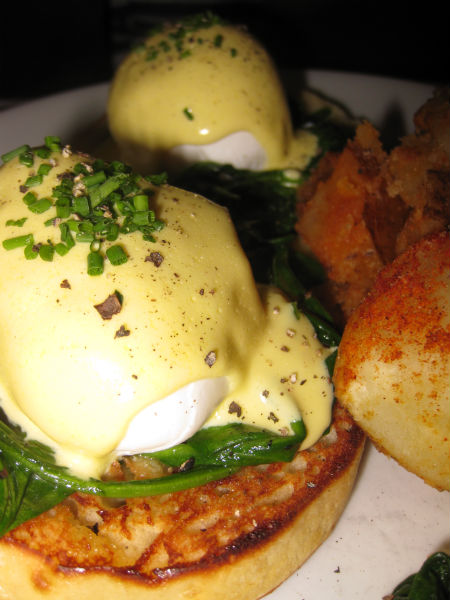 Greeshma's eggs benedict looked just as beautiful on our table as our neighbor's did.  She confirmed it was delicious.

But as delicious as mine?  Mayhaps not. 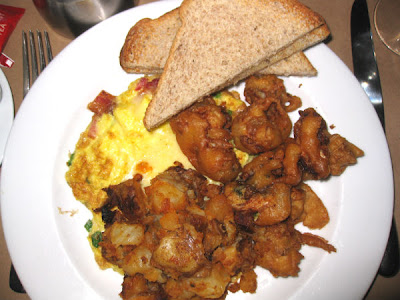 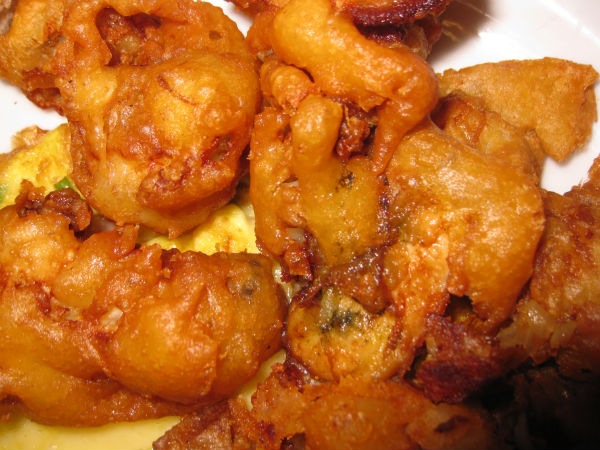 This was my second hangtown fry experience, the first in New Orleans @ Elizabeth's.  Whereas Elizabeth's swirled fat oysters inside the omelet, Stone Park's hangtown featured a flat cooked egg flanked by a fistful of golden, fried oysters and mushy chunks of mashed potato.  Oysters on the outside?  Definitely preferred.  The oysters were *SO* plump, flavorful and crisp without being oily.  I popped oysters in my mouth, followed it with bites of egg and wheat toast and potatoes.  A serious succession of bliss.  I placed a fried oyster on Greeshma's plate, and she nodded agreeably that it was a tasty number. 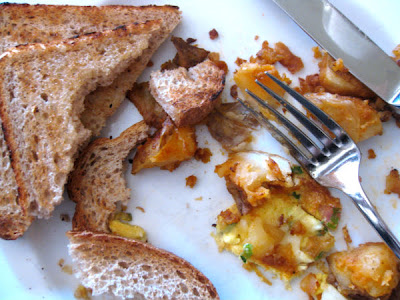 I had no trouble clearing up my plate.

After, we strolled through Park Slope looking at free things left along the sidewalks, and we found our way to a windowed ice cream shop named Uncle Louie's. 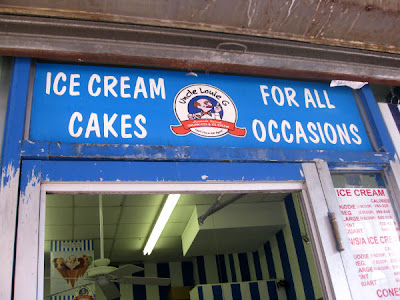 The number of ice cream options were immense. 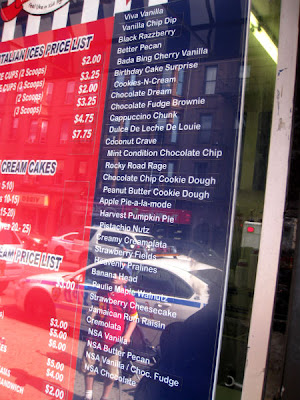 Greeshma quickly decided on Cappucino Chunk and I followed suit with Strawberry Fields to be healthy. 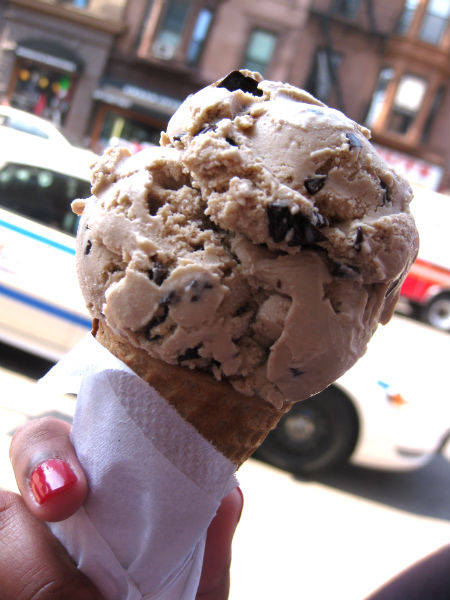 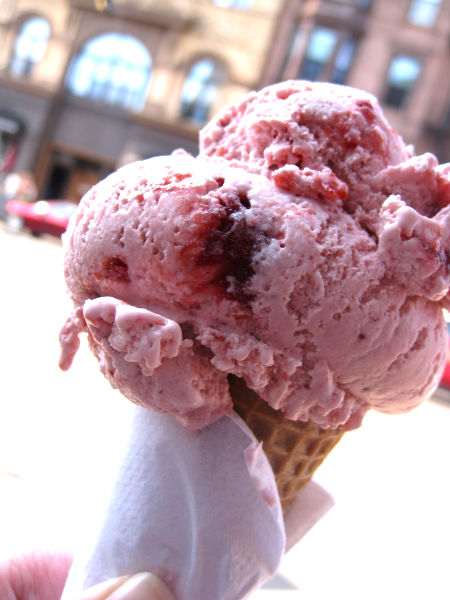 Look at those healthy chunks of strawberries; my life span is now 10 days longer because of it.*

Doesn't Greeshma look so much more youthful and radiant next to hers? 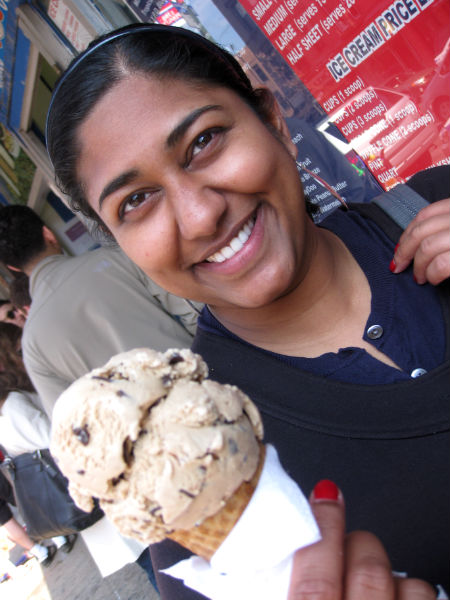 Uncle Louie's can do that for you!  The ice cream is good quality, fairly priced ($3 for one scoop in a sugar cone) and tastes great.