Well aren't you a sight for sore eyes?  It feels like fuheva, doesn't it?  (Okay fuheva = two weeks, which is basically one and the same, right?)

Today I want to give you something to inspire you to live on, now that December 21st is behind us, and we can all look forward to eating more delicious foods in the new year.

How about Pig and Khao? 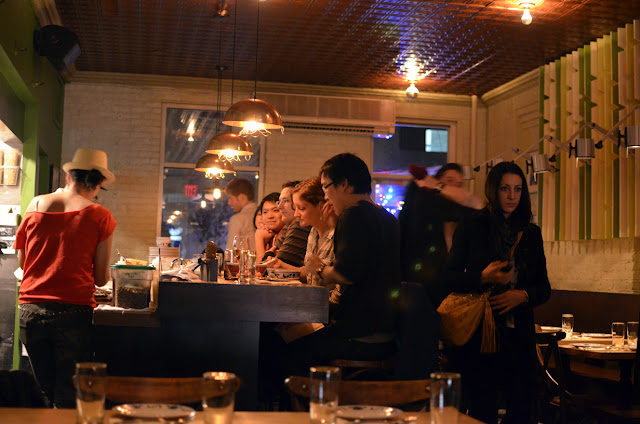 How about sizzling sisig? 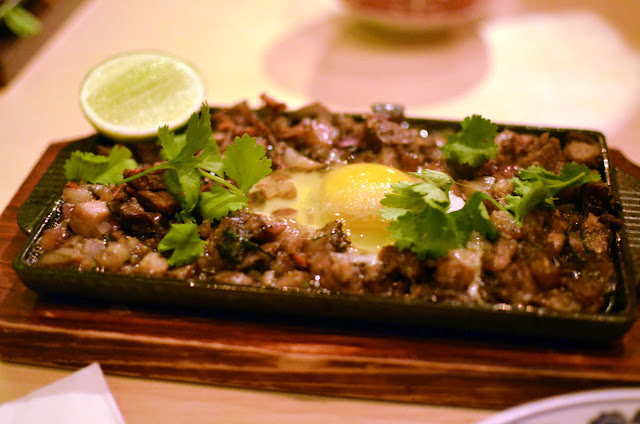 How about Thanan stirring up his sizzling sisig with such dedication in order to most effectively distribute the raw egg all over the bits of pork head and chili? 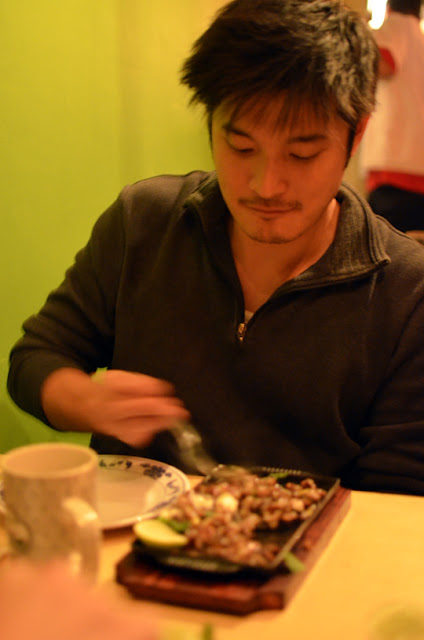 How about going with a group of friends where everyone has to order their own sizzling sisig because no one could trust another person to share their plate of sisig, which ended up being the right decision ever because this sisig was so good - spicy, delectable, fatty and totally fun?  And how about everyone also ordering their own bowl of coconut rice which is just about the most delightful and delicious thing ever, and how I shared mine with Ryan but still kind of regret that decision today? 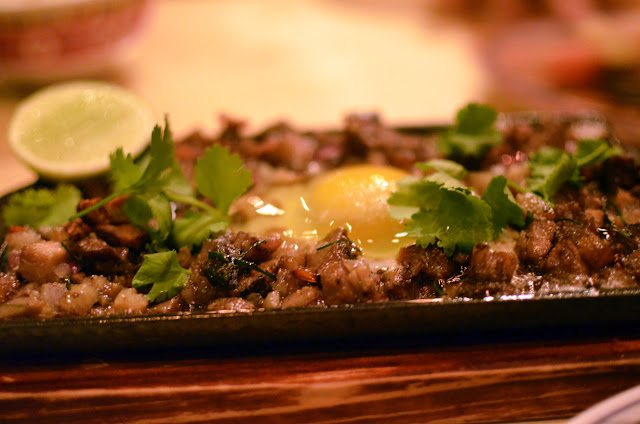 And how about Mr. FaP ordering this sad plate of pork jowl that he said was good, but not nearly as hearty as eating an addictive plate of sisig?  He did make some headway on my plate though.  (Okay, all my puns will not be winners.  But I gotta keep trying !) 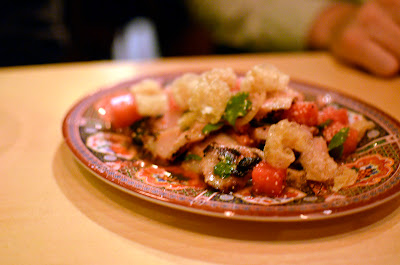 And how about walking half a block up the road to DessertWorks (now Cathcart & Reddy) for a sweet nightcap of warm chocolate bread pudding with a vanilla cream sauce that was smooth, rich and lovely, 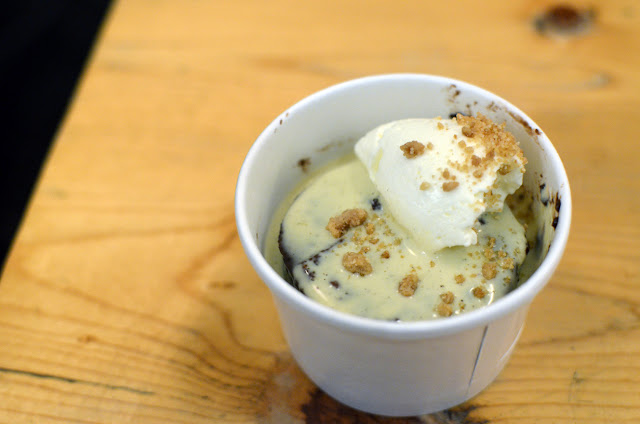 and how about reminding me how I do not like goat cheese even in cheesecake form and topped with glazed raspberries, though this cheesecake would be a musty goat cheese lover's dream, 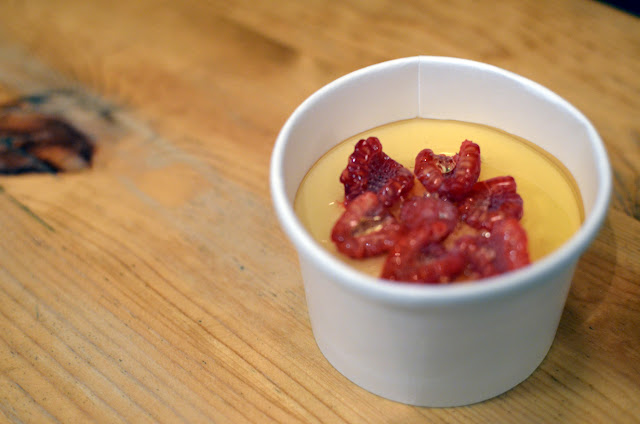 and how about cheering for freshly made to order brioche doughnuts that are lighter than air, coated with crumbly soft sugars, 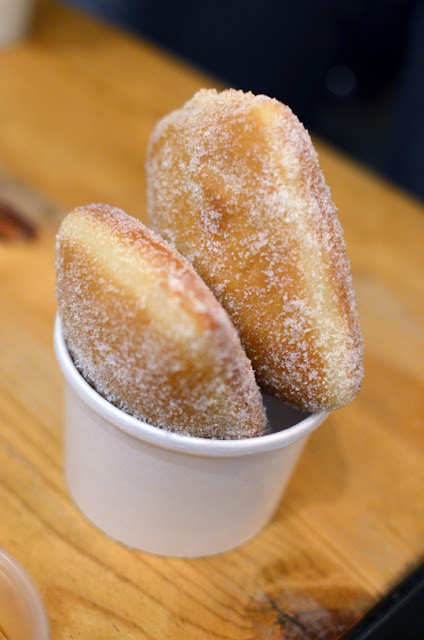 and served with a rosemary 'caramel' which was really just honey, because caramel does not look like what is in that picture below?  (I may not know much about politics, and physics, and Russian literature, but I do know caramel !) 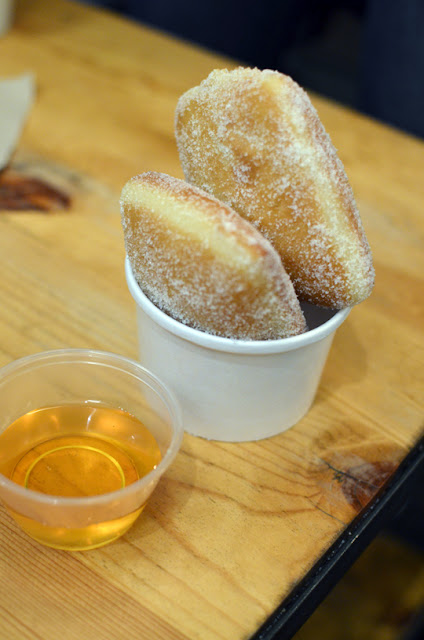 It still tasted mighty fine by itself anyway, though the second time I might opt for the Nutella filling for the doughnuts instead.

Han's Nonsensical Rating: Sizzling sisig is totally worth the sizzle. Coconut rice makes it twice as nice. And get the chocolate bread pudding to round out your Clinton St. hat trick, you dirty dawg, you!