Before Nick left to move to California, I met him and his boy_friend at Lucali in Carroll Gardens. 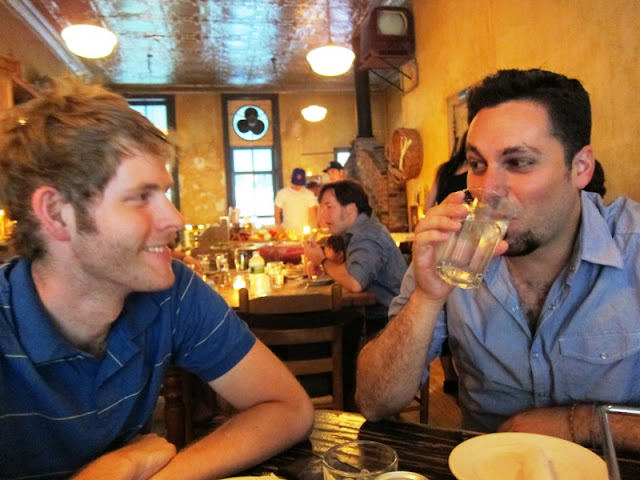 I had always wanted to eat at Lucali because:

Yeah.  Legit Sopranos sheeeyit, son!
And also because Nick proclaimed Lucali as one of the best pizza places in NYC.  That's big claims.

The small place already had a short wait around 6:30p, but we nabbed a center table in due time.  It also helped that I showed up late so I waited less. (Score!)

Topping options are limited here to a handful of items listed on the chalkboard outside the restaurant.  On the day we went, the choices included salami (?), basil, onions, garlic and pepper.  We ordered up a couple of huge pies because it was Nick's Brooklyn pizza bon voyage, and we had to do it big. 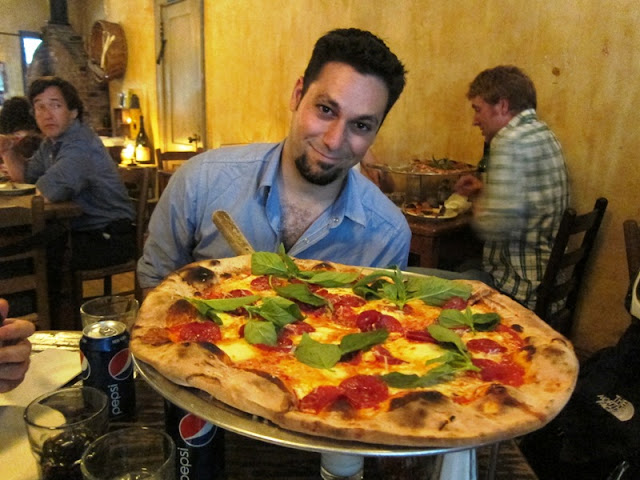 I loooooved the abundance of fresh basil on both of our pies.  This one just had the meat + basil. 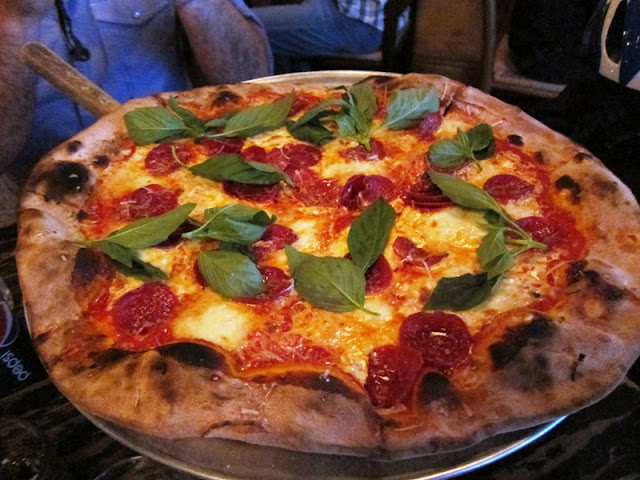 This one had garlic and onions and stuff.  And more basil.  Because I am hooked like that. 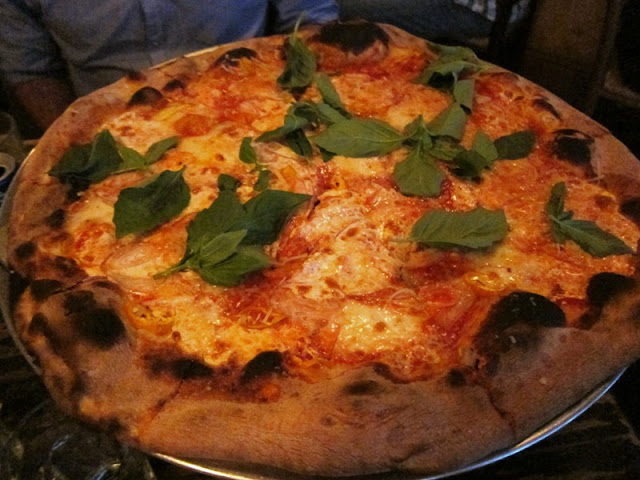 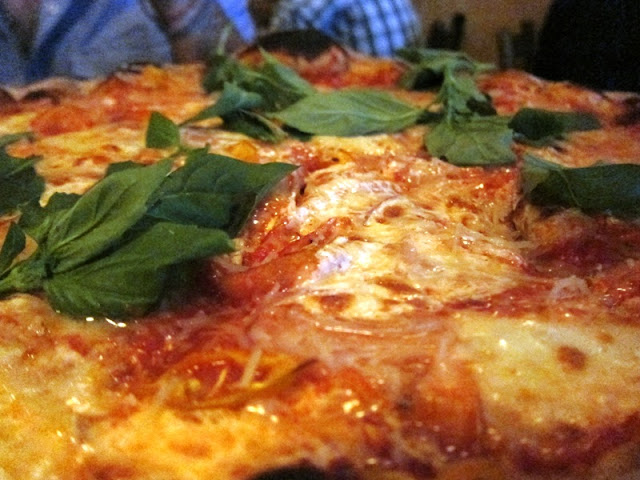 I enjoyed the freshness of the ingredients and the crispiness of the pizza.  The sauce was solid.  The cheese was solid.  I might rank Lucali in my top 5 pizza places, but I think I still have a lot more pizza to eat before I make such bold claims myself.  I just wish Lucali had more meat options?  But maybe that is pizza blasphemy, and I just don't know it.  I do know some spicy sausage woulda been awesome on these pies though.  Just sayin'.

Afterwards, we strolled to the nearby Brooklyn Farmacy to grab some dizzzzert for a little nightcap. 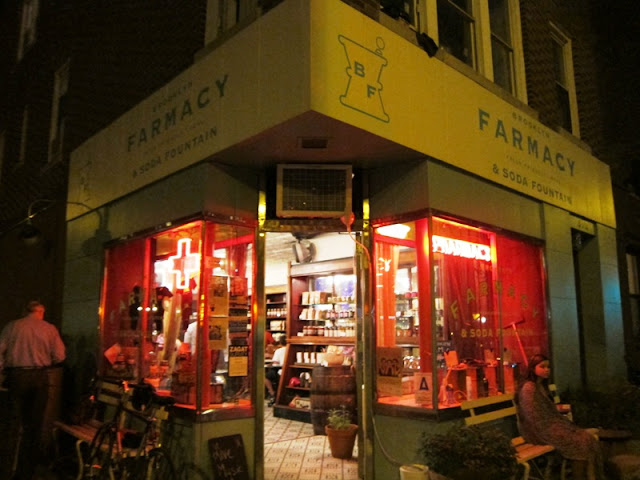 The Farmacy is all about soda jerkin' (love their sweet aprons adorned with JERK in tall serifed letters) - making sodas by hand (including egg creams) and crafting lovely ice cream sundaes to oodles of sweaty patrons. 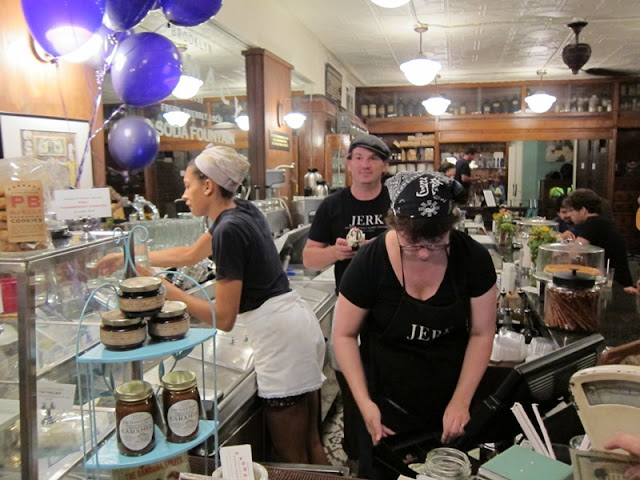 Their shelves are stocked with local vendor wares from jams to artisan chocolates to sauces and more.  It's a great one stop shop for made-in-Brooklyn goodness. 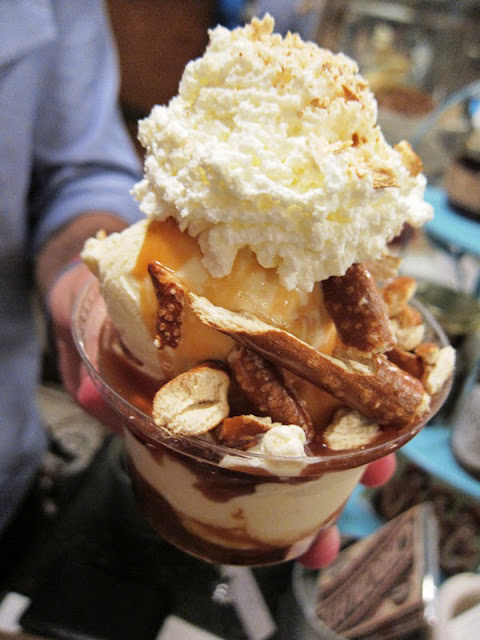 Here's a shot of Nick looking adoringly at the sundae.  It was love at first bite. 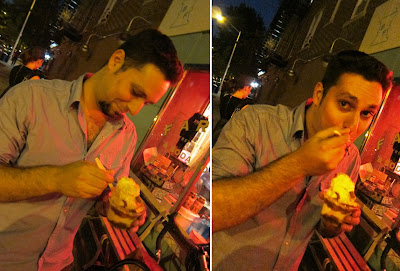 I ordered the black and white shake after seeing throngs of people leaving the space with these heavily hot fudged cups of creaminess. 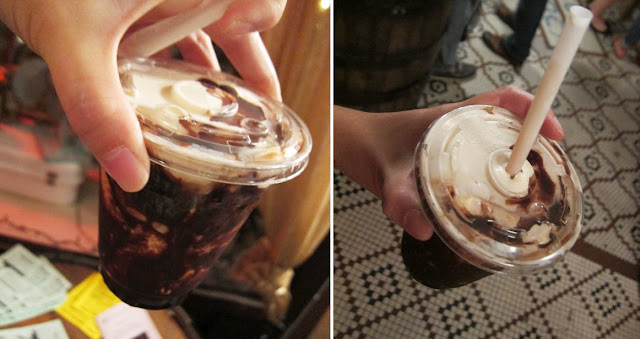 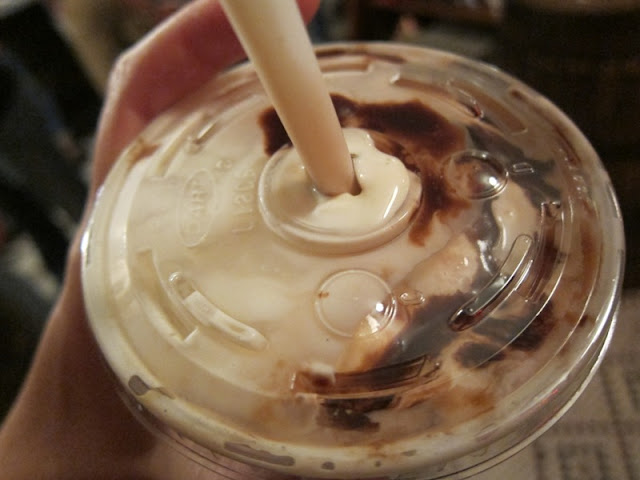 As you would expect, hot fudge + vanilla = duh.lish.shake.  There are some other interesting sundae options on the menu though that I wouldn't mind trying including the Red Twinkle Split which includes a red velvet twinkie (?!) alongside three scoops of ice cream.  Yeah.  I know.  I'll get on that soon.

Good job on this night, Carroll Gardens.  You have some good eats!