I went to a potluck event this weekend (to be covered in a second post), so I wanted to make something easy, quick and delicious.  Though my usual potluck dish includes rice krispy treats (my serious weakness), I decided to make Ms. Martha proud by trying a recipe from her new Pies & Tarts book: crispy coconut and chocolate pie.

This recipe is soooo easy, and it looks amazing and tastes great too.  It has only four ingredients and requires minimal baking (magical words, right?).

I combined 4 tbsps of softened butter with about a third of the shredded coconut, mashing them together evenly in a bowl with a spoon.  Martha said to use a food processor, but I don't think it's necessary.  You then mix in the rest of the coconut into the butter-coconut mixture with your fingers.  Press into pie plate - this will be the crust! 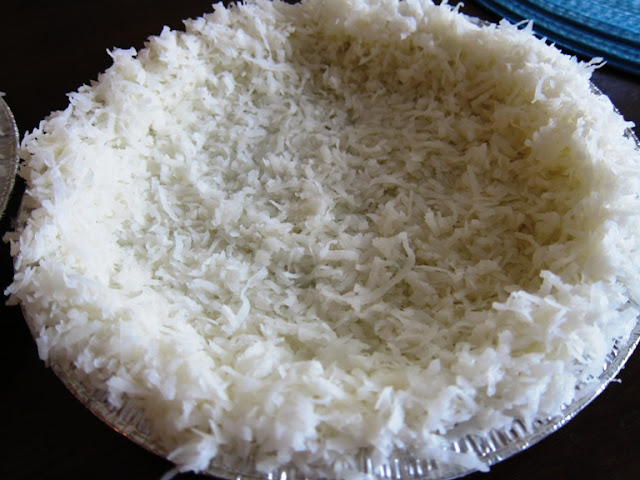 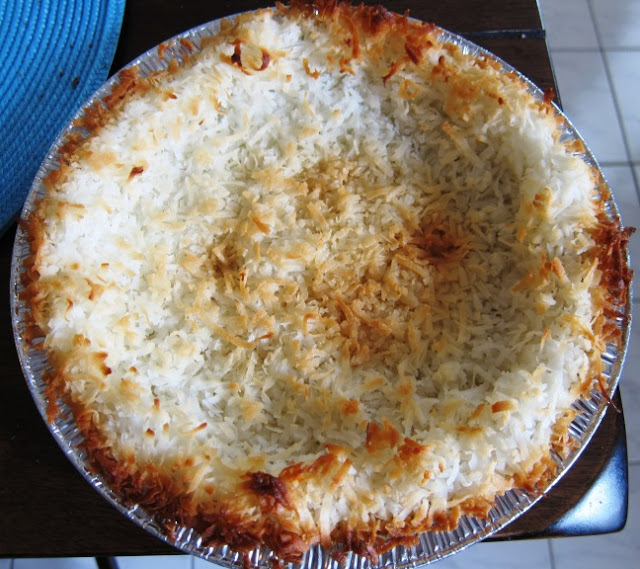 While your coconut crust is baking, finely chop your chocolate and place in a heatproof bowl.  The recipe calls for bittersweet; I used semi-sweet and thought it was fine. 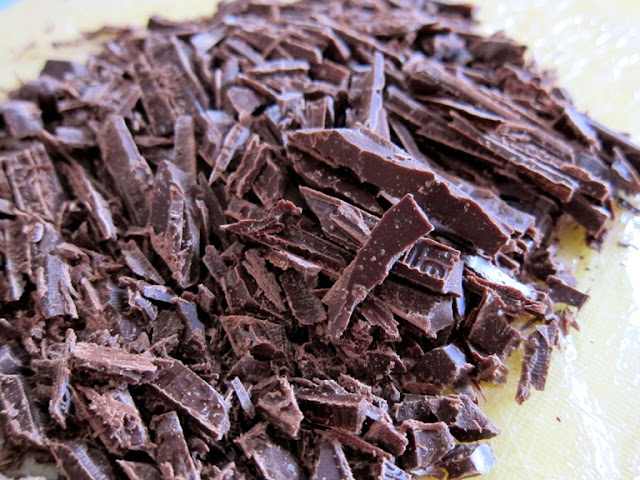 Put 1.25 cups of heavy cream in a small saucepan and bring just to a boil.  Pour over the chocolate and let sit for 10 minutes. 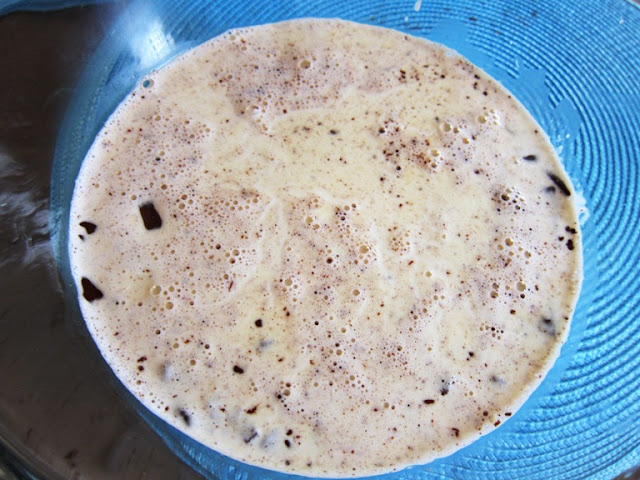 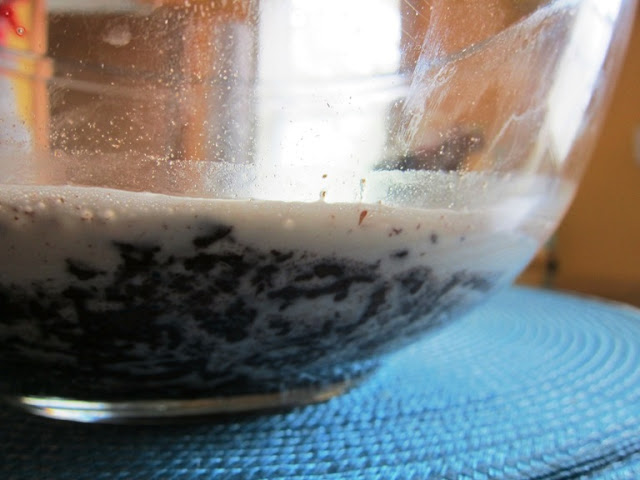 Then stir and watch the beautiful chocolatey magic happen! 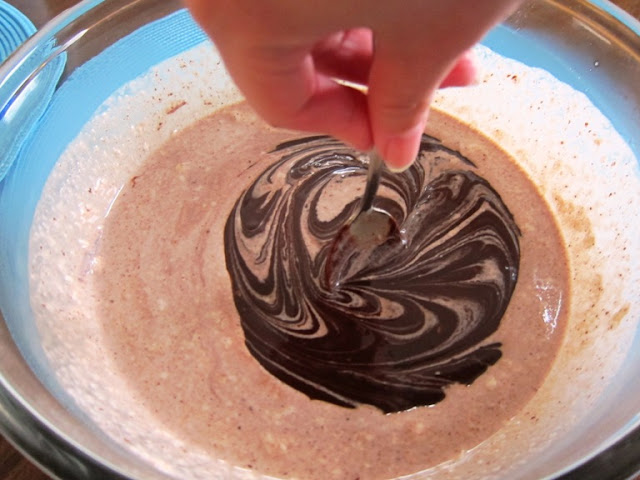 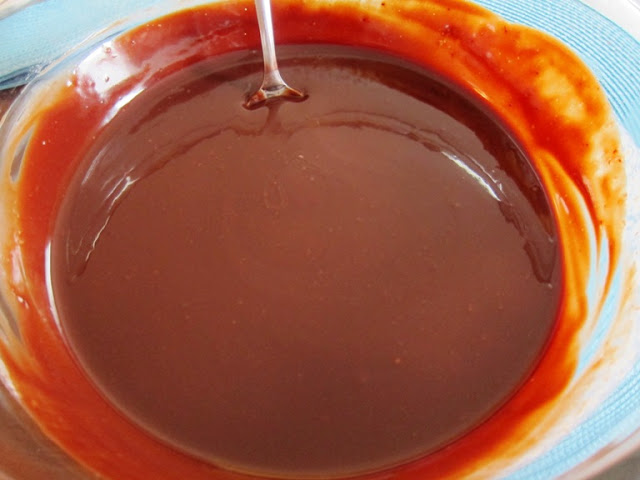 Pour the melty chocolate into the coconut crust.  Refrigerate for about an hour until set. 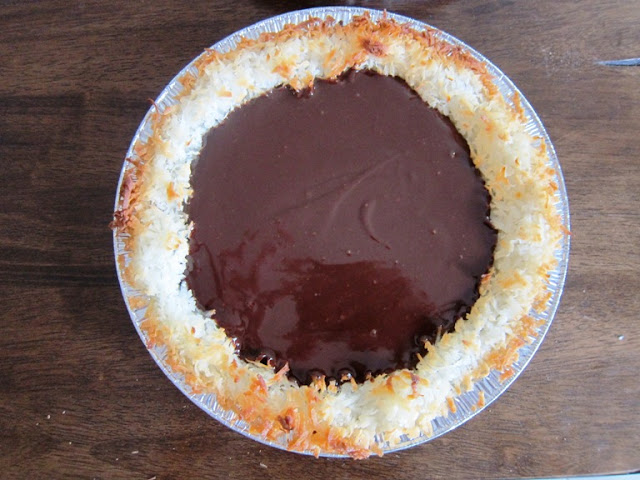 I used a 14 oz bag of sweetened, shredded coconut and was able to make two pies.  (If making two pies, I would recommend adding 4 oz more chocolate and 5/8c more heavy cream to increase the chocolate filling accordingly.) 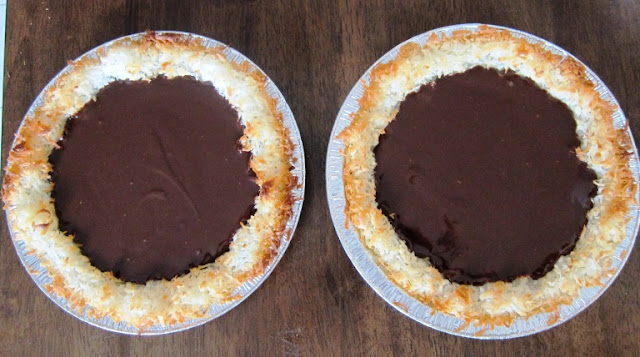 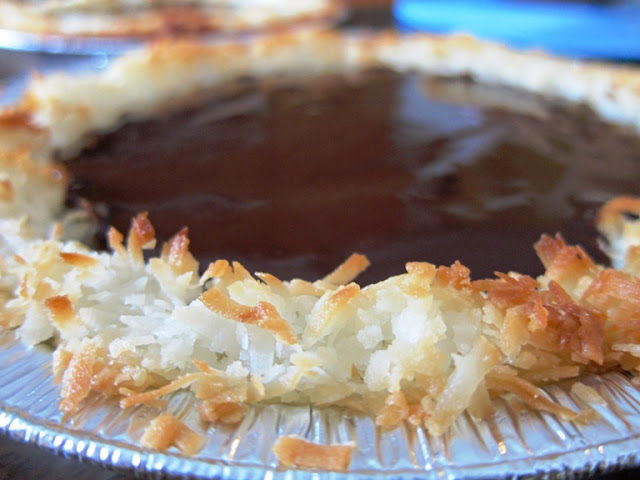 After an hour, the pie thickened beautifully.  The smooth, silky chocolate worked wonderfully with the crunchy, toasted coconut crust.  I think some whipped cream might just take this pie over the top! 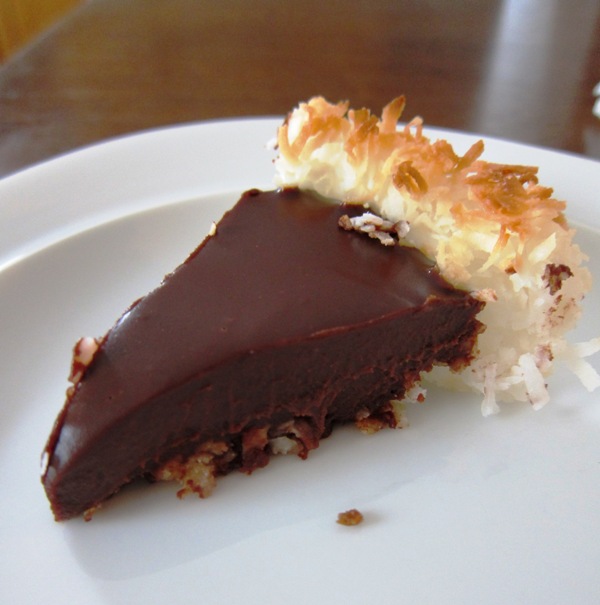 And that's all it took!  In hindsight, I believe it is nothing more than chocolate ganache with toasted coconut, but it's beautiful and delicious and so easy - I love it!  I got so many compliments on it at the potluck event, so I think it's a new potluck hit!


For the crust:
4 tablespoons unsalted butter, softened
11 ounces (about 6 cups) sweetened shredded coconut
Note: 14 oz of coconut is enough to make two eight in pies if you also increase the filling by 50%; my pie tins were also relatively shallow, so the amount you need may vary.


Instructions
1. Make the crust: Preheat oven to 350°F. In a food processor, process butter and one-third of coconut until mixture forms a ball, 1 to 2 minutes. (Note: food processor is not necessary; you can combine well with just a spoon)  Transfer to a medium bowl. Sprinkle remaining two-thirds coconut over mixture, and combine with your fingers.
2. Place a 9-inch pie plate on a parchment-lined rimmed baking sheet. Press coconut mixture into bottom and up sides of pan to form crust, leaving top edges loose and fluffy. Place a foil ring over edge to prevent burning. Bake until center begins to brown, 10 to 15 minutes; remove foil, and bake until edges are browned, 4 to 6 minutes more. Transfer crust to a wire rack to cool completely.
3. Make the filling: Bring cream just to a boil in a small saucepan; pour over chocolate in a medium heatproof bowl. Let sit 10 minutes, then stir until chocolate is completely melted and mixture is combined. Pour into coconut crust. Refrigerate until filling is set, 1 hour or up to 1 day.
by han