My new favorite stall at the Union Square Farmer's Market is Ronnybrook - after I tried their delicious (and cheap!) hot chocolate a couple months back.  That same day I had nabbed a small container of their cinnamon toast butter because 1) I love cinnamon more than anything in the world (besides duck fat, ha!) and 2) I love butter (which I know is Diana's weakness also!).  And while one can be so inclined to make their own cinnamon butter, I just adore me some locally-made convenience! 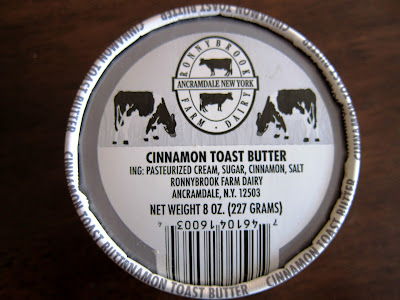 $4.50 gets ya a nice 8 oz supply of rich cinnamon indulgence. 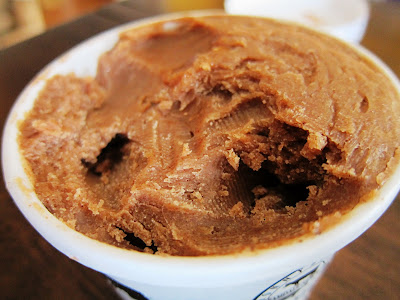 I think you can definitely eat this carton by the spoonfuls, but I try to savor it a little by melting a nice mound in a skillet and applying my bread directly in the hot pan full of melting butter (this makes your kitchen smell amazing by the way). 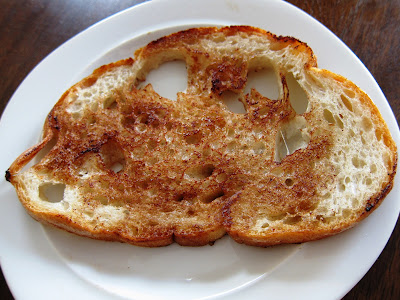 The result is a wonderfully crisp, buttery piece of toast that is fragrant with cinnamon. Not sure if this would make the healthiest daily breakfast, but one must focus on the health benefits of cinnamon. The peasant bread I nabbed from my roommate is pretty amazing also.  I need to buy another loaf just to pair with this butter!

In other cinnamon news, I tried Martha Stewart's simple dessert recipe for clementines: Clementines in Cinnamon Syrup.  It's super easy: simmer water, sugar and cinnamon sticks in a pan for about a minute and then pour over your sliced clementines, and let sit for at least half an hour. 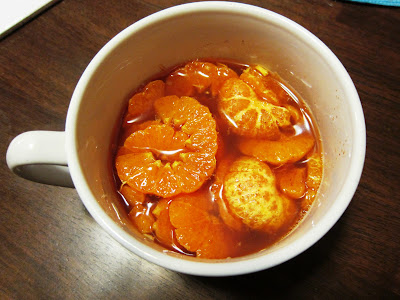 Easy peasy!  The warm cinnamon + citrus flavors are refreshing and a great way to revive your 5 lb bag of Cuties.  Especially if they are a bit tart and underripe. 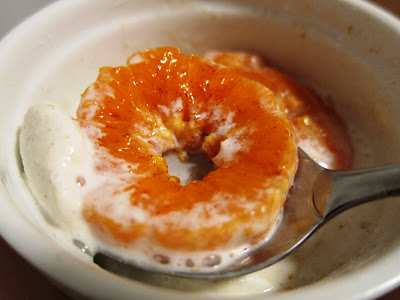 Or is it that anything tastes good with Haagen-Daaz ice cream?  Muahaha.  Whoops! :D