The Birthday Boy and the Iron Chef: Marc Forgione

It was the boy's birthday, and who better to serve his coming of age into his late-20s (don't bring it up too much, he's pretty sad about it!) than one of the newest Iron Chefs of America, Marc Forgione.

The service here is impeccable.  I had noted in our Opentable reservation that we were celebrating a birthday, and as we were seated at our table, we received this hand-signed letter! 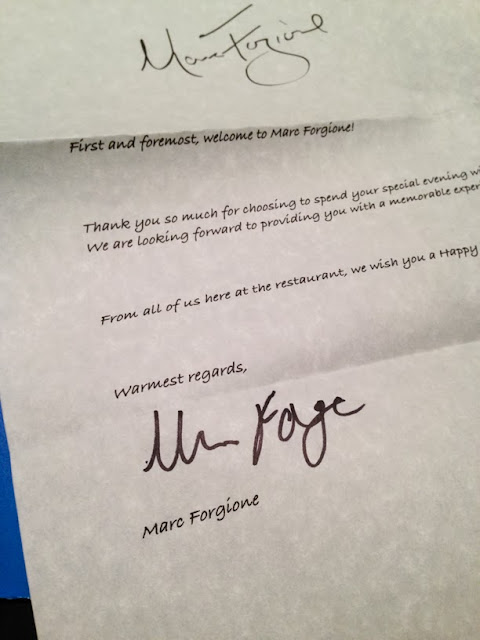 We were pleased to see that it was a real signature.  Unfortunately you can see it's clearly not signed by Marc, so I guess it's the thought that counts (though maybe someone at the restaurant should work on their forgery skills!).

We were also given a couple free glasses of cava to celebrate before we delved right into the seven-course tasting menu.

The amuse bouche had some fun treats like crispy pig ears (in the jar) and an awesome take on bagels and lox (to the right of the jar) which was a cream puff filled with cream cheese whipped with salmon. 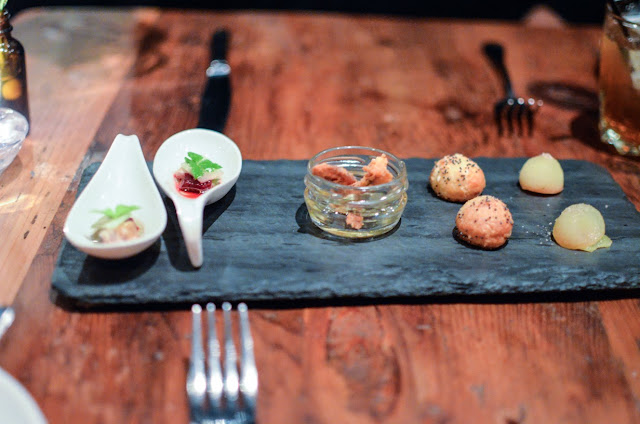 After, we were asked to cleanse our palate with this tiny sliver of a leaf.  You run it around your mouth until the leaf does its crazy licoricey magic.  It's overwhelming, it's kind of funky, it's totally fun. 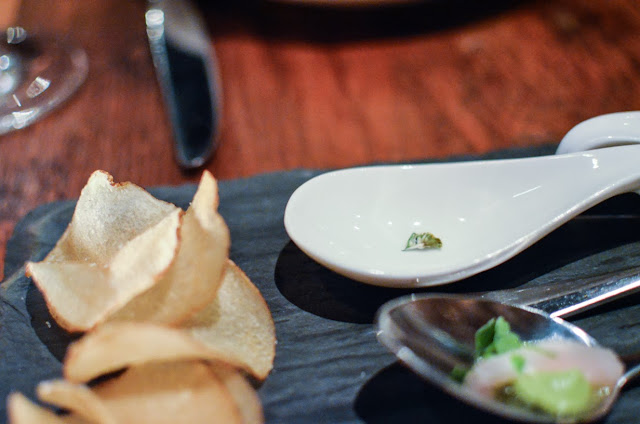 Kampachi tartare with avocado was paired with some of the most beautiful and delicate handmade Saratoga chips ever. 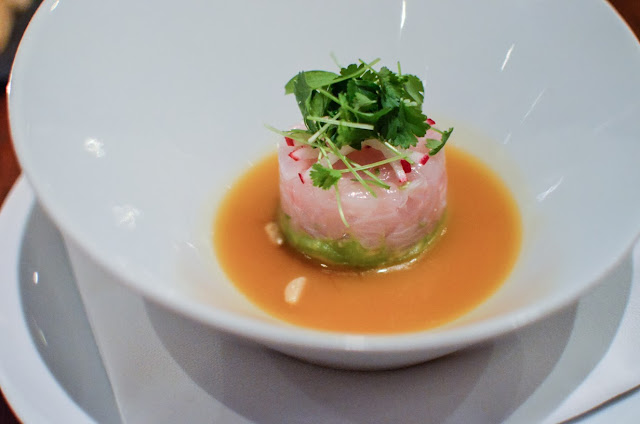 The BBQ-baked oysters with pancetta powder was paired with shots of beer. 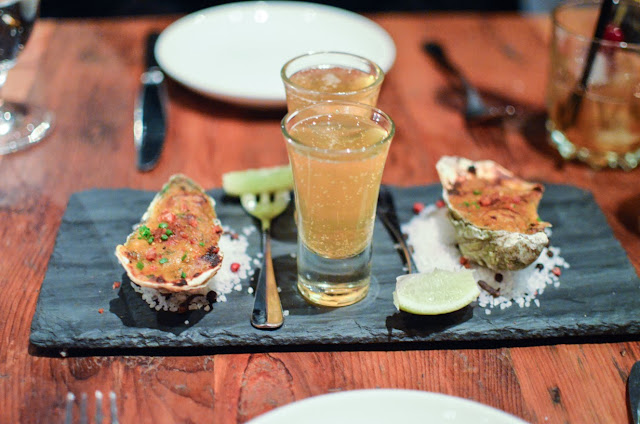 It tasted like chili, oysters and backyard barbecues all in one bite.  It's so flavorful and rich, that I couldn't imagine eating more than one.  We saw the table next to us order half a dozen and struggle to finish the plate.  Don't be that table. 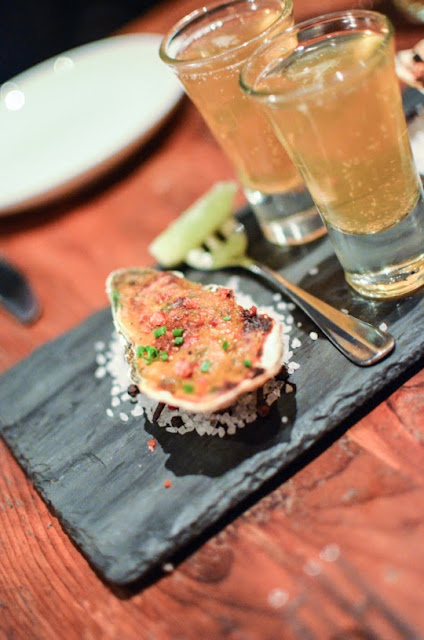 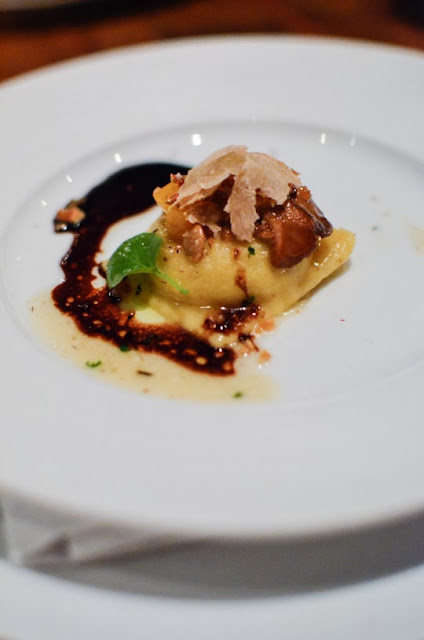 The chili lobster with Texas toast (the very best toast in all the United States) is one of Marc's signature dishes.  Perfectly cooked, succulent lobster is cradled in a chili broth that begs for a bucket of bread for soaking.  Unfortunately you only get two tiny triangles.  Fortunately you just have to unabashedly ask for more bread.  There's no shame in eating every drop of this amazing broth! 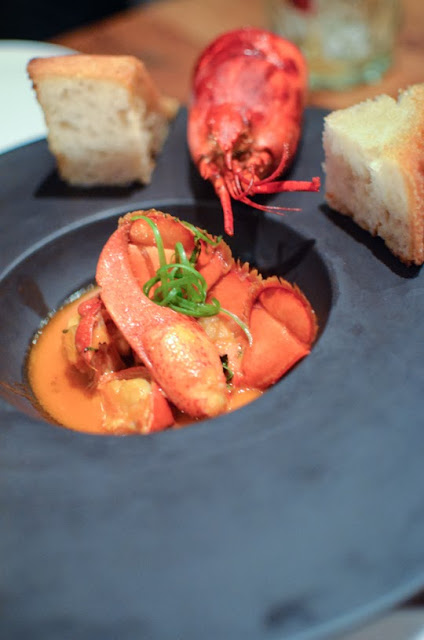 Surprisingly, our most favorite dish was the veal tenderloin with black truffle crepinette, Brussels sprouts and root vegetables.  The meat was inexplicably soft and the truffle flavor not too overwhelming - a purely savory bundle of deliciousness ! 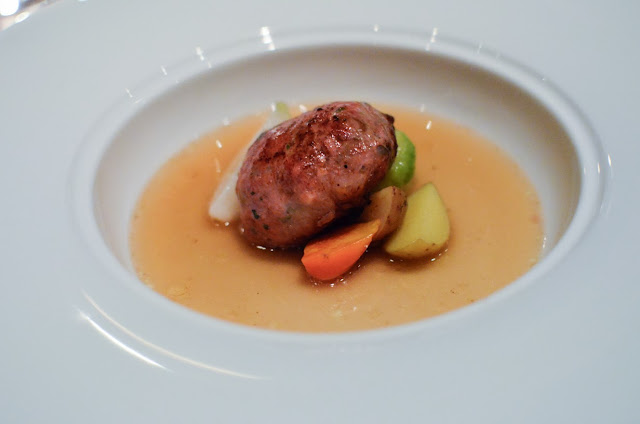 The venison strip was another tender marvel.  The sweet potato puree was sweet and utterly smooth, but the red jus, dotted with black peppercorns, was the real star.  We had trouble parting with this plate with all the sauce left, beautifully thick and tangy. 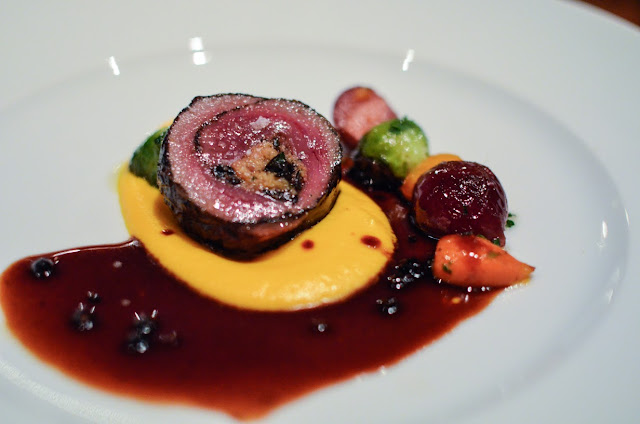 So we got bread...well, one of the table servers actually offered it to us.  (They knew it was necessary!)  The bread comes out of a little oven in the middle of the dining room.  They are hot, yeasty and glazed - in other words, the perfect dinner rolls. 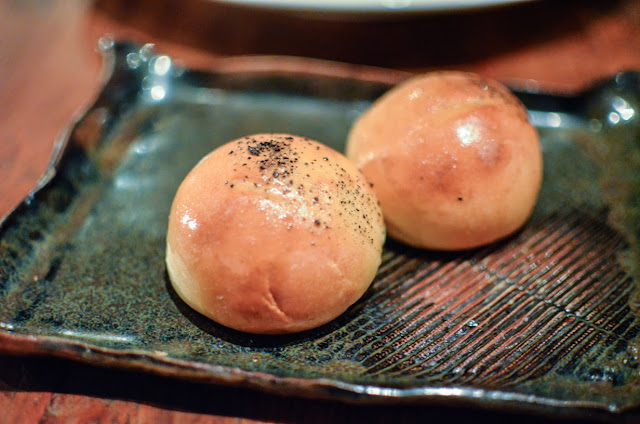 As the mains were finished, we were given two balls of green apple sorbet - absolutely refreshing and sweet. 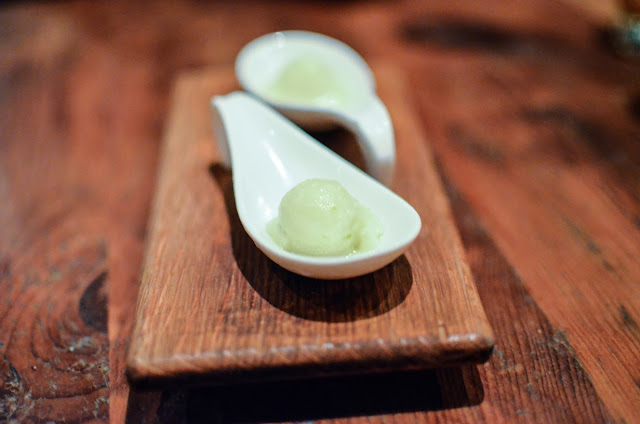 The marscapone cheesecake was served with a bananas foster sauce and pecans.  The bananas foster caramel was dark, the way I love it - just faintly bitter and perfect against rich, creamy cheesecake. 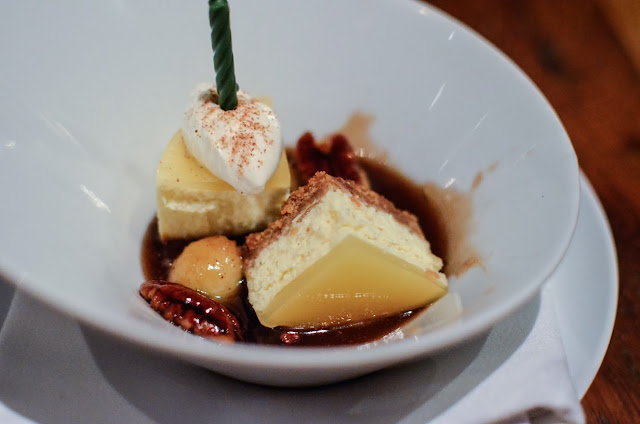 The better dessert (especially for chocolate lovers !) was the s'mores with homemade marshmallow (served on the tiniest little twig - totally gettin' twiggy with it!), dark chocolate ganache and thick graham crust. 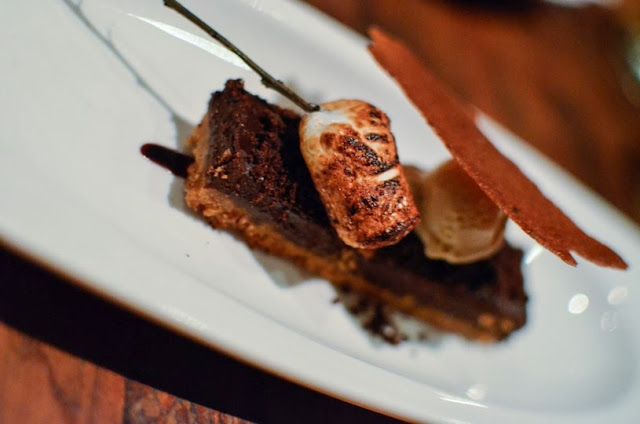 Two hours later, we found ourselves back in a cab headed to Harlem, completely satisfied with our meal, talking about the veal and the lobster and all the other dishes.

The next day, we still found ourselves thinking about that wicked little veal ball that melted in our mouths - the true sign of a terrific meal.

Han's Nonsensical Rating: Fun restaurant option if you find yourself in Tribeca hungry with some money burning in your pocket. Would recommend the veal, the venison, the desserts and plenty of those hot, hot rolls.